Stiff-tailed ducks are grouped in the Subfamily Oxyurinae within the family Anatidae. We will deal with two of the representatives: the lake duck Oxyura vittata and the masked duck Nomonyx dominicus. Both males between them and females between them are much alike See differences.
At Costanera there is a third representative, the black-headed duck Heteronetta atricapilla, which is not included since it lacks the distinctive characteristics of stiff tails.

Since they are good divers they have adaptations which separate them from the typical duck model. No doubt the tail is the most striking. It projects noticeably from the body. The rectrices, the tail feathers, are long and stiffened and they have narrow vanes (the laminar part). A distinctive feature of this group is to cock the tail up. In this position the feathers being so narrow keep apart. The lake duck generally keeps the tail cocked up whereas masked ducks do not. The other adaptation are the legs which are placed far back on the body. This favours swimming with great agility under water but as a counterpart they become clumsy walkers. The lake duck was common before the 2008 drought though there are no breeding registers. It is usually seen in open spaces, so it is easily spotted.The masked duck, on the contrary, was very rare before 2008 and with the pond filled it appeared and surprised us with a clutch of 5 ducklings in January 2015. This duck prefers environments with floating and emergent vegetation to keep hiding. 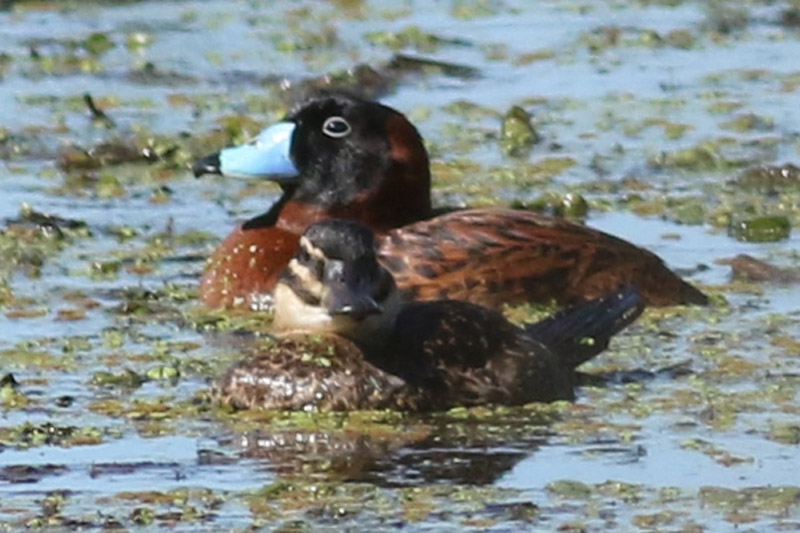 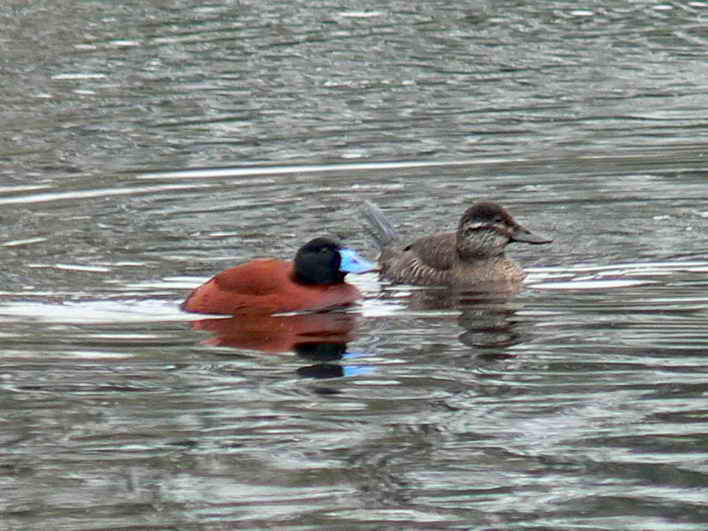 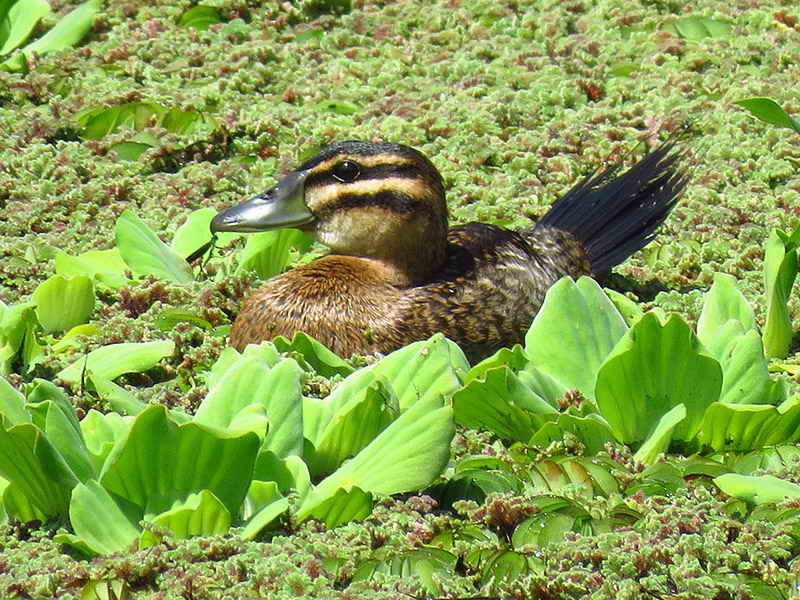 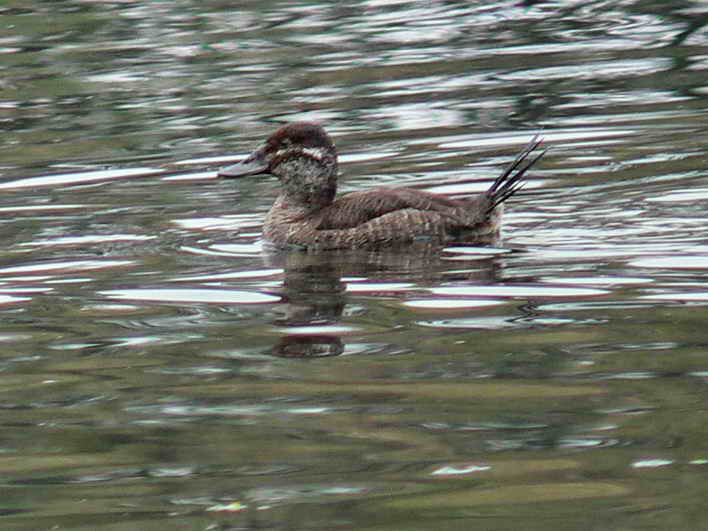 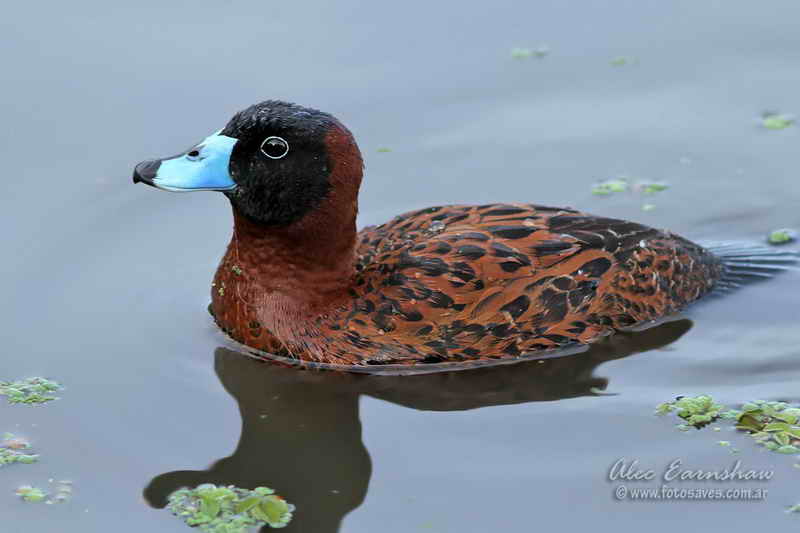 Alec tells us that on Friday 28th he spotted at least 5 individuals. The male in the photo was at the northern end of the Coypu Pond. Then he saw a female a 100 m to the south (though shy she kept hidden in the vegetation). And some 200 or 300 m farther to the south there were other 3 males in the cattail clear, sort of path cut in the direction of the river coast.