On Sunday we were in RECS and we were lucky to see the Southern rough-winged Swallow
Stelgidopterix ruficollis perched on the dried branches of a tree in cell L 6-7 (approx).

We also took a look at the duck, a supposedly hibrid of the two Whistling-Ducks. I am increasingly convinced that it is such a thing.
We saw it better, through a telescope and good light, and also took some digiscope photographs, though they are not good and colours are not very clear. 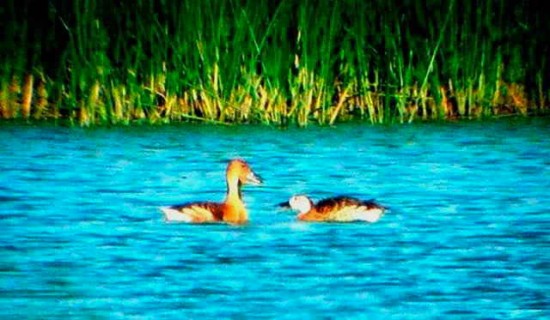 The photo is "burnt" by light, so colours look much paler than they should and there are some details of the bird (bottom glanks) which can not be seen.
The most important thing is, contrary to what I wrote before, The colour of the face is just like Federico has described it. It is white. I do not know if we saw another individual (I do not think so) or the light was playing tricks on me, but with a better observation the snowy white area on the most frontal part of the face is clearly noticeable. This area runs backwards and downwards becoming grey. This pale patch occupies the whole side of the head, leaving some black colouring through the ocular line. The nape and crown up to the forehead is black.
The body is almost the same colour as a Fulvous Whistling-Duck, with the presence of the typical white "fringes" on the flanks, though a bit smaller and narrower than in the Fulvous Whistling-Duck. Yesterday I discovered another characteristic of the White-faced Whistling-Duck, which makes me feel even more certain that this is a hibrid. The irregular black barred flanks, typical of this species. 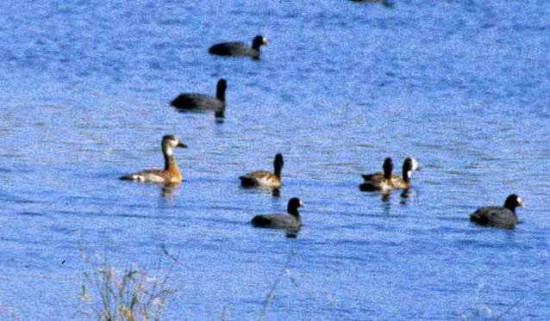 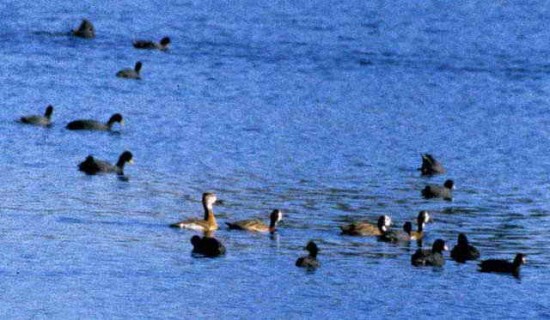 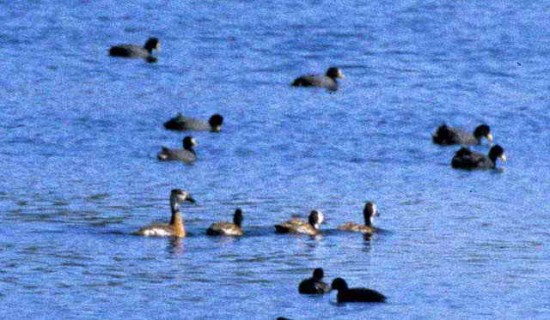 This duck moves mainly with White-faced Whistling-Ducks (though in the photo is a Red Shoveler). I have the impression that it is bigger though this may be a visual effect.

Yesterday I got curious to know how it whistles. At times it made as if it wanted to whistle, threw out its chest, flapped a bit... but nothing happened. It would be interesting to hear it, since the voices of these birds are genetically recorded (innate). So if this is a hibrid it is most likely to have a mix of the voices. Anyway, it will be very difficult to filter this voice out of 400 whistling-ducks around.