It is strange to see a bird with a featherless tail, but this condition has been found in many species. Normally one or two may be missing during the molt, but not all at the same time. This massive molt may occur as a response when it is grabbed by the tail by a predator. The bird sacrifices its tail to save its life. It is beleived that there is a relaxation of the muscles which hold the feather which allows the feather to come off. As the enitre feathers are lost they regenerate right away. This molt is known as shock or fight molt. This phenomenon has also been reported in cases of handling of birds and it has been registered after catastrophic events.
Sooty-fronted Spinetail
Synallaxis frontalis 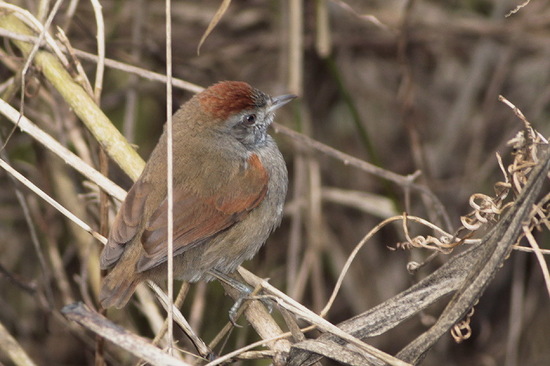