The red-gartered coot is a resident bird which breeds at Costanera. Two other coot species coexist in the pond: the white-winged and the red-fronted Coots. It is stubby and its wings are not well adapted to fly. Both male and female cooperate in nest building. They use vegetal material which they pile up and arrange on a solid base. They look for material anywhere and it is common to watch them return from far with twigs in their bill. They are very dilligent. Both may be away on the search or one of them arranges what the other one brings. 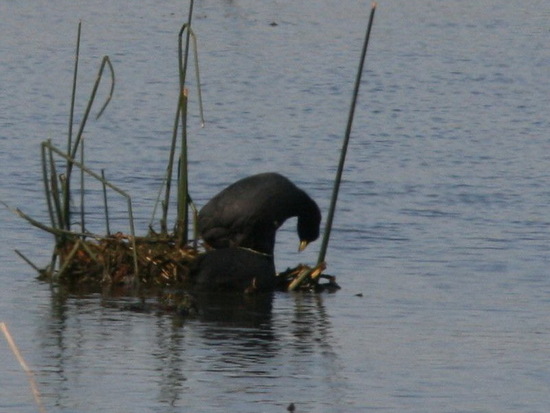 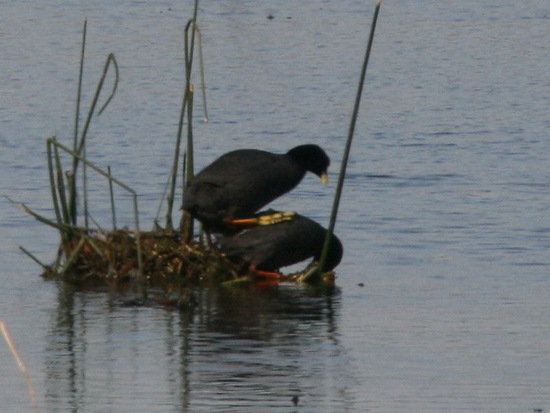 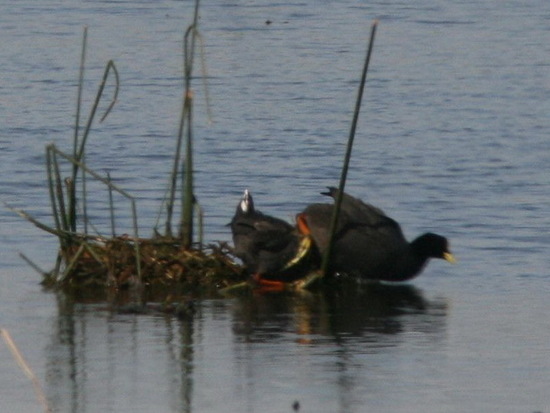 20-08-07 © Roberto Ares
20-08-07 © Roberto Ares
Photos in video format show all the scene. Female's display: it arches her body to show she is receptive. This signal is enough for the male, which mounts her from the back with no other displays. On occasions the female calls the male's attention with energetic steps. As the male shows up, the female positions herself. The male stands on her back to get the best position. The female introduces her head into the water and keeps it under it during the short time copulation lasts. A few wingbeats to finish the task 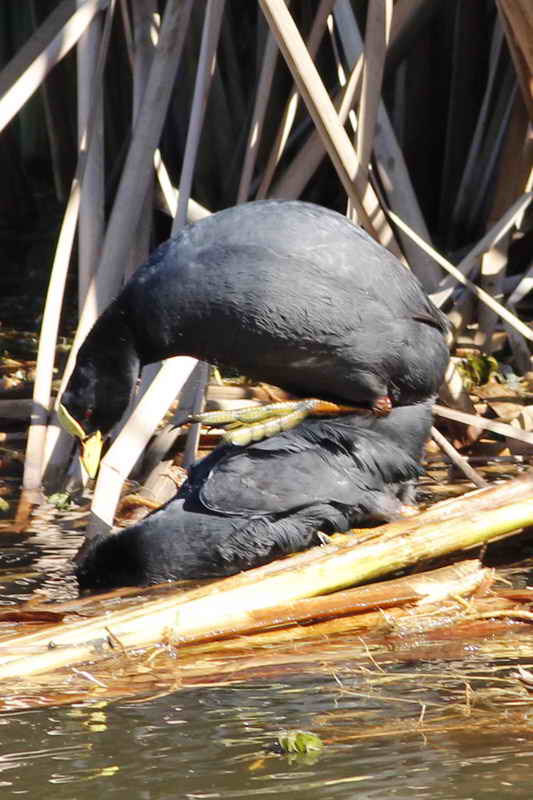